Cuss Whites & Palin; but Don't You Dare Say Anything About Obama

The left has called her every name in the book, made every derogatory gesture possible, and even worn T-shirts calling her the "C" word. But don't you dare say anything in support of her or you'll get the same. And don't you ever, ever dare say anything negative about Senator Obama.

Jesse Jackson, Pastor Wright, Michelle Obama, and Louis Farrakhan have all given warning that Senator Obama might not view non-blacks in an equal and just manner. Relationships with Bill Ayers, Acorn and Tony Rezco have also warned us that Senator Obama might use corrupt methods to obtain his objectives. But don't you dare think any of it might be true, and heaven help you if you talk to anyone about it.

No one has published photos of Michelle Obama in lewd poses. No one has been reported to have worn a T-shirt calling Senator Obama the "N" word, but that hasn't stopped the left from insinuating its opposition are all nothing but "R" words. Jesse Jackson, Pastor Wright, Michelle Obama, and Louis Farrakhan have each insinuated that all white people are inherently racists and most especially those that disagree with the left. Even Democratic Rep. John Murtha said the other day; "There is no question that western Pennsylvania is a racist area." Michelle Obama is reported to have said last week, “African Press International is supposed to support Africans and African-American view. It is strange that API has chosen to support the racists against my husband."

When I first became a member of an inter-racial family almost 30 years ago, I was initially surprised by the amount of racism coming from extended family members across the kitchen table. Because whites that are the ones primarily accused of racism, I had assumed that minorities must be relatively free of bigotry and very attuned to equality and justice. I was wrong. In all my years, other than one neighbor two doors down, I had never heard bigotry from the mouths of my white family and friends. The biggest surprise for me with my new in-laws was the hate generated toward other minorities - more so than toward whites. But in either case, it was very disturbing. Not everyone at the kitchen table was filled with that hate and rage, but I am no longer naive. It's a real issue.

However, racism from the Obama camp isn't the only disturbing issue. The way the left treats Governor Palin is mind-boggling. Few on the left have stood up in her defense. The main stream media says nothing about the terrible way she is being treated. Why are these people acting so horribly? Her politics, spirituality and way of life are nothing new under the sun. A large percentage of our nation agree with her and live their life very similar to hers. So what is all of this hatred really about? Why are these people so afraid of Governor Palin?

And why are so many NOT afraid of Senator Obama? Acorn and Ayers are not non-issues. They are warnings. When Obama talks about change, he really means it. Only most of his supporters haven't clued in to what that change might actually be. Dr. Corsi, author of the "Obama Nation," was recently arrested in Kenya where he was scheduled to hold a press conference by invitation of missionaries in the area. No documented word yet on why he was arrested. (He has since been released.) We know it was said that he didn't have a work permit, but many have gone to Kenya to minister at evangelical churches and camps for short periods of time - two weeks to a month - without a work permit, including our own pastor several times.

For those who wish to pull out worn arguments that Troopergate and the Keating Affair are worse than any of Senator Obama's associations, please don't bother.

1. The Troopergate ethics inquiry concluded that Palin was 'proper and lawful' in firing a state commissioner - but failed to keep her husband from meddling in the trooper's discipline. There is nothing wrong with an administrator releasing those that don't work well with the administration, or worse still, those who might be a danger to the public.
2. McCain was also cleared of impropriety for the Keating Affair.
3. Four of the Keating five were Democrats. But in fact, there was really only a "Keating Three," because both McCain and John Glenn were actually held blameless. Later, Robert Bennett, Chief Counsel to the Democrats during the investigation, repeatedly said that McCain should not have been included in the investigation. He said that here was no evidence of any wrongdoing, and the Democratic controlled Senate simply kept McCain involved so it would be “bipartisan” scandal.

4. McCain's involvement with Keating has been public knowledge for years. No one is allowed to question or examine Senator Obama's history. This is the difference.

I agree with Tucker Bounds, spokesman for Senator McCain, who said, “Americans need to ask themselves if they’ve ever befriended an unrepentant terrorist, or had a convicted felon help them buy their house — because those aren’t smears, those are true facts about Barack Obama.”
Share |
Posted by Unknown at 12:15 AM

Speaking about the troopergate investigation, you have it wrong. Sarah Palin was found guilty of abusing her power. I was very enthusiastic about her, but after reading it and hearing her response, where she effectively lied about the report (when she said she was cleared of any unethical practices), I think I've changed my mind. I just might sit this one out.
http://www.foxnews.com/wires/2008Oct11/0,4670,2008RaceRundown,00.html
(read the small section on the report).

That was the headline, but the actual report concluded that "Gov. Palin's firing of Commissioner Walt Monegan was a proper and lawful exercise of her constitutional and statutory authority to hire and fire executive branch department heads." It cites the Alaska Constitution, which says "the governor may discharge department heads without cause" and that department heads "serve at the pleasure of the governor."

"In light of this constitutional and statutory authority, it is clear that Gov. Palin could fire Commissioner Walt Monegan at will, for almost any reason, or no reason at all."

The report states that, while there is no doubt that Monegan's "failure to fire Trooper Wooten was a substantial factor in his own firing, the evidence suggest it was not the sole reason." 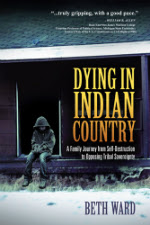